Tonight, Andy and I took a late-night stroll armed with Royal Canin kibbles, to cruise around Zone 2 on foot. Tired of hearing the stories of cats disappearing, I was keen on hopefully finding the missing cats and also to spot the 2 tortoiseshell cats in this zone which we want to neuter early November.

The bad news is, Tiger and Scooter’s mom are really gone, and so is the new mother cat.

The good news is, we found our beloved Squirrel! 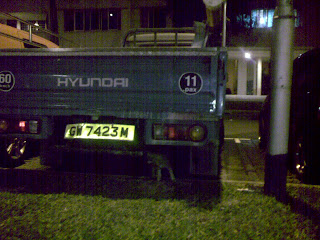 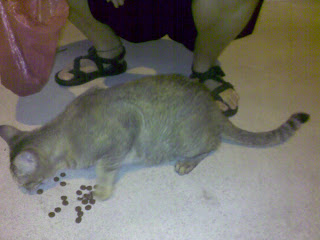 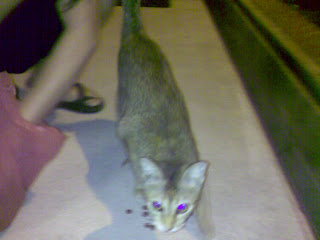 She was found somewhere further away from her old block, and we didn’t see her at first as she was hiding in that lorry. But she heard my meowing and my plastic bag of food rustling, and meowing aloud, came to greet us. I am so glad she is okay, her disappearance had really depressed me when I thought about how she might have died in the Ubi river or similar.

We looked for the 2 tortoiseshell cats but could only find 1. This one, Shortie, named as such because she has a shorter tail than her sibling, seemed un-pregnant. She is definitely due for sterilisation as she is even older than Squirrel who is already neutered. 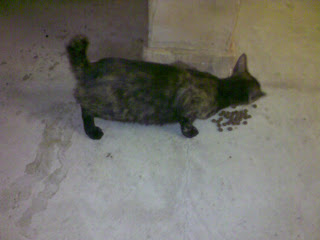 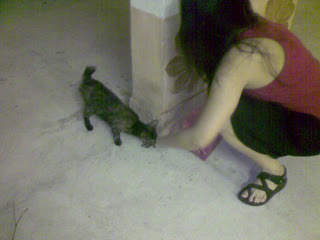 We also spotted the newcomer to the zone, a female white and tabby. We are not sure if it is the same cat Auntie Rose says has been terrorising the 2 torties, but she is an un-neutered cat and if we cannot find Shortie’s sibling we will definitely bring her this coming neutering. 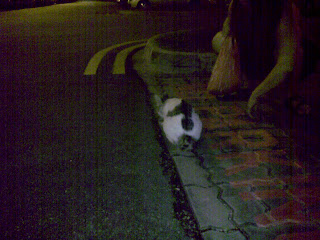 There was also a black and white cat that we know lives in this zone, sterilised. Thankfully still around, alive and well and not floating in the Ubi river, dead. 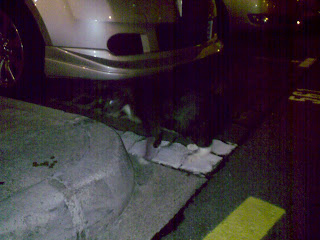 So all in all, at least two cats in this zone need to be neutered, even if we cannot find Shortie’s sister. At $60 per female cat ($50 is for male) it is $120 we have to raise by early November. More on fundraising in a later post…