A litter of four kittens was recently born to a family in Boon Keng, a customer of Angels. This litter resulted because the family took their cats for neutering but then found that the female cat was already pregnant and did not want to terminate the pregnancy. This family decided to re-home three of the kittens and adopted one for themselves.

The kittens’ parents are a British Blue and a local tabby. Here they are! 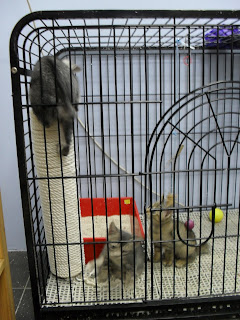 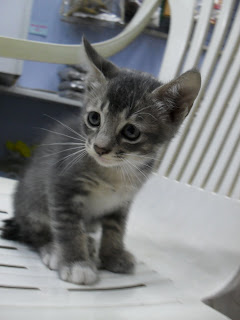 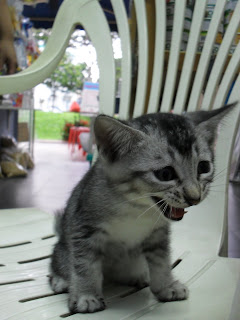 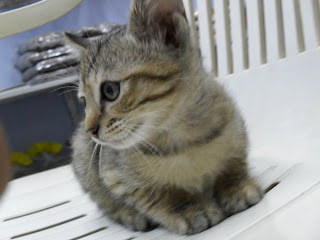 They are about 6-7 weeks old. One is blue, another silver in colour, another tortie. The blue and silver kittens are boys, and the tortie is a girl. All of them have short tails and thick short fur. The silver boy is the most active and vocal among them. He is likely to be the biggest among them as he has very huge paws, another trait of being partly British Shorthair. The blue boy is quite timid at the moment but he has the the colouring of his British Shorthair parent. The tortie girl is really sweet looking with beautiful mascara stripes on the side of her face. Her agouti fur has very nice ticking resulting in a warm lilac and red colouring.

All three kittens need new homes! If you are keen to view and adopt them please call Aswat at 93378211.