We went to Bedok Reservoir (blocks 100+) on Monday night to rescue a pregnant cat. This cat is recently abandoned, is this is not her first pregnancy on the streets. 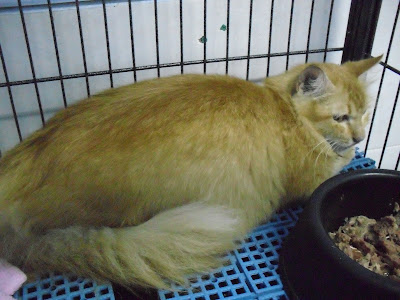 Her caregiver Felicia had given her a name Squirrel. Felicia had wanted to neuter the cat along with the others under her care, but because of a recent influx of abandoned cats in her area, she could not cope with trapping and feeding at the same time. There is another pregnant cat in her area, and she has taken that one to her own home to care for until she gives birth. We will help her re-home the kittens together with Squirrel’s kittens so they can be saved from a life on the streets. After Squirrel gives birth and has weaned her kittens off milk, Felicia will be taking her to sterilise and putting her in her other home, a farm.

We will be helping Felicia with the trapping during her next round of sterilisation as she has been working alone, feeding, trapping and bringing for sterilisation. If you have any links to the carers adjacent to that area (blocks 100+ Bedok Reservoir Road opposite Telok Kurau Primary School) do let us know, as she is feeling very lonely doing the work all on her own. 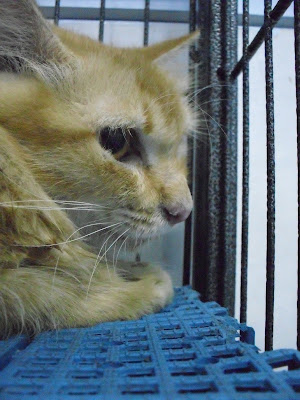 Squirrel is now boarding at the ‘penthouse’ in the pet shop. She is still stressed, and only eats and drinks when there is no one around. We hope she gets better soon, and are considering buying some herbal calming supplements or fragrances to calm her down if she doesn’t. 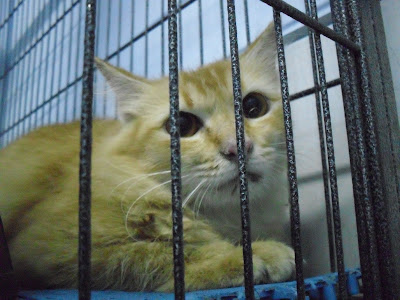