At around 9:30pm this evening, Andy and I got ourselves armed with carriers and went to do some cat-trapping in Zone 1. 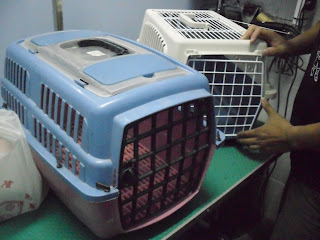 We managed to get the most of the cats we wanted; 6 Zone 1 cats (Ubi Central, blocks 301-306) will be collected by Damy for neutering tomorrow afternoon, and all of them are already at our our HQ at Angels for tonight.

We wanted to get some Zone 2 cats too (we got enough back-up funds to neuter 2 cats), in the troubled zone of blocks 311-318. Aswat, Andy and I calculated how many cats we could sterilise in Zone 2, and after completing Zone 1, went cat-hunting there. The weirdest thing is that once again, all the cats seem to have disappeared. We couldn’t even find the cats that we have previously sterilised. Maybe it was the time – it was past 11pm. Either way, it was discouraging.

We only sighted one female cat who looks as if she recently gave birth, a black Oriental cat. We tried to catch her but she eluded us. She has a feeding station outside a first storey flat, but this flat’s humans always take her newborn kittens and ‘throws them away’, and they don’t believe in sterilisation because it is a ‘sin’. Irony, ain’t it.

I commented to Aswat and Andy that this zone is like the Bermuda Triangle where cats keep disappearing. Somehow cats in this area, even if they crossover from other zones, they just magically disappear.

We re-strategised and feel that the only way we can manage this zone better is if we take more excursions around this zone, bringing food every day. Not only are humans moving the cats away from their corridors and doorsteps, they are also killing them or throwing them in the monsoon drain. Also, the almost all male cats in this area are not sterilised (some females are) which means they have a very large roaming territory. Our regular visits need to be even more frequent in order for us to pin them down to specific locales, away from people’s homes. This will make sterilisation easier in future. So till then, we will save the back-up funds we have to help sterilise this troubled zone.

In the meantime, we have 6 cats that Damy will be bringing for sterilisation tomorrow for us. It was late, hot and lots of hands-on work so there aren’t many pictures – 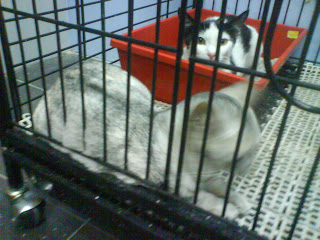 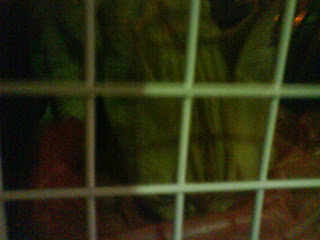 Twister, who is sick. Fed him hydration fluid. 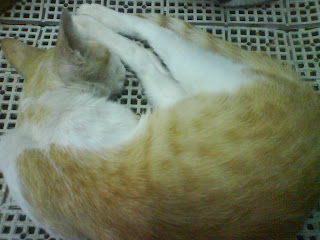 Yellow, a handsome male kitten. Also one of the homeless four. 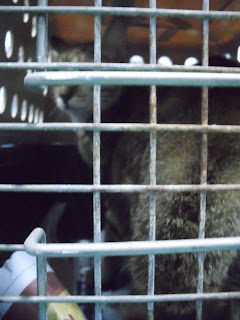 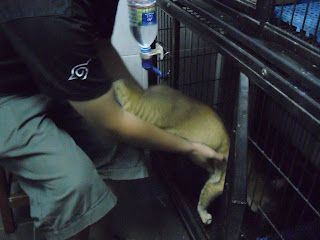 After they return, we then have to wrack our brains to think of how to release the homeless four that got ‘evicted’ from the bicycle shop. The girls will be kept for an extra day at the shop, to recover. One problem at a time I guess. For now, I will think up some logistics and schedules for more Zone 2 feeding excursions.