After learning about the situation in Upper Boon Keng, we planned another excursion there and took it tonight

There really are a lot of cats there. The cat population density is very high.

We started out next to the CC, opposite the private school (at the KPE exit), arriving in two taxis. We armed ourselves with a mobile first aid kit for cats, food, water and rehydration fluid. We got used carton boxes from the nearby shop to feed the cats food on before throwing the cartons away. We also used cartons to transport rescued kittens, as you will see as you read on…

Within one pavement that flanks a small flat-industrial space alone, we met countless cats. All are not sterilised – 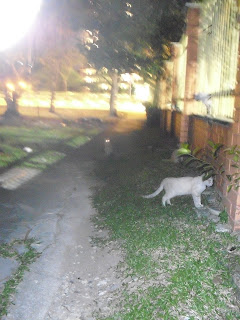 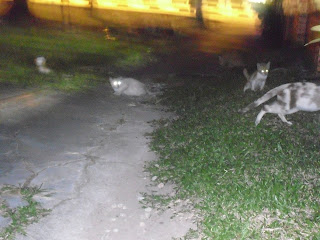 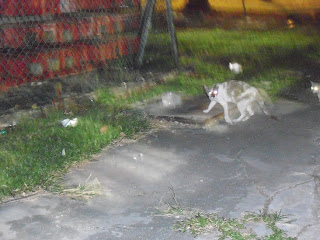 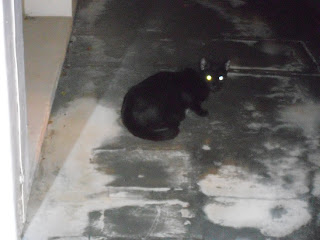 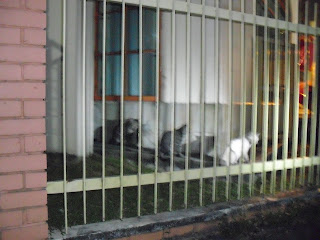 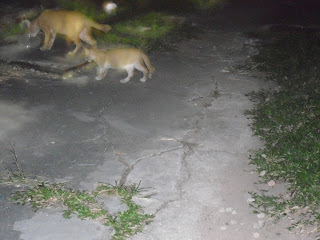 And this is just a walkway that is about 40 metres long. The cats here roost mainly within the CC compound or in the factory spaces alongside it.

At the end of this pathway is Block 15.

There are even more cats here.

We managed to save one kitten from this lot, the only one that has a chance of finding a human family and is at the same time friendly enough for us to trap. She is a tricoloured, one month old kitten that has flu’ bad enough that one of her eyes is unable to open. Though there was another kitten there that also had the same condition, only this girl was willing to come close enough to us to let us rescue her. 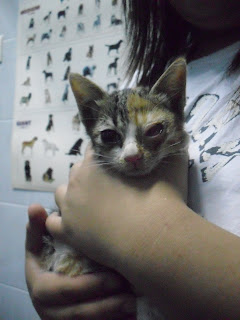 Ivy is bringing her to the vet tomorrow and we will probably end up using the last few dollars in our Ubi Kuching Project bank account for her. If you would like to chip in to save this poor gal, do contact us.

And here is the ‘family’ that she comes from, right below Block 15 – 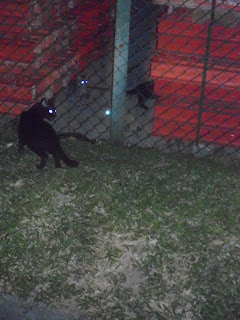 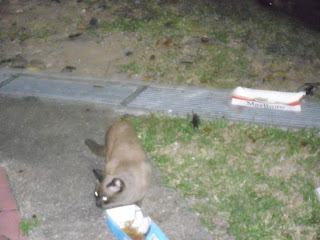 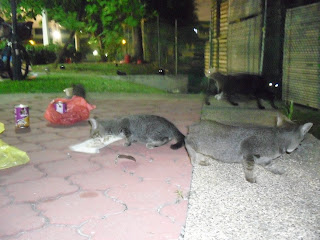 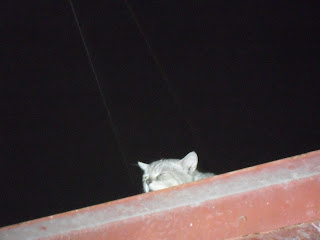 that is being given outdoor access by his owners. We saw the owners looking for him, and advised them to keep their cat indoors, because the cats below their block are sick, and that they should neuter him so that he will not run downstairs looking for mates. We are not sure how much of the advice they really listened to, but I guess we did our part.

Afterward, we went opposite Block 19 where the NKF Dialysis Centre is, at a power station.

Apologies for the shoddy videoing; in the end, could not find the block number.

We managed to save four kittens from this power station. No mean feat at all because some climbing was required. 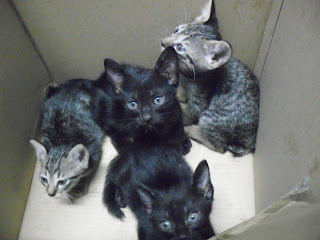 These four are very common local kittens but knowing that they would likely die tomorrow makes this a worthwhile rescue, at least to us.

These four kittens from the power station are not showing symptoms of flu’, but they have diarrhoea and two of them are quite dehydrated from the diarrhoea. They will be given anti-diarrhoeal medication, and de-wormed.

One-eyed tricoloured kitten’s fate rests upon her visit to the vet tomorrow.

What you can do: