SPCA folks called by Auntie Can in the early hours of Saturday, came by again in the afternoon to get Nico’s brother who was still trapped on the ledge:

Kenny is now boarding safely in Angels. Here is a picture of him being cuddled by a volunteer… 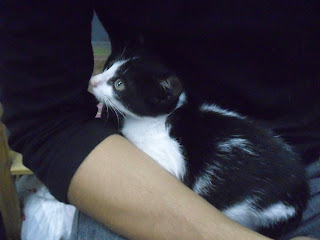 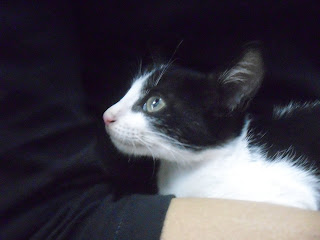 “Thank you for saving me from evil air-con and monster kids…Mew.”

Well of course, at first he was as feral as his sister Nico. But after settling down in a pen, being groomed and getting to know us, he decided to be friends.

Both Nico and Kenny are now rehabilitating from their trauma and will be available for adoption soon.