One of the cat-feeders in Ubi who sometimes feeds in Ubi Zone 2, noticed that a litter of kittens was born inside a drain near the fringe area of Zone 2. It was worrisome because it was raining recently, so Uncle Johari rescued the four kittens and brought them to Angels for fear they might get washed away in the rain.

They are about 4 weeks old, able to eat moistened kitten food. One has already been adopted. Here’s Toast, Bread and Teacup, two boys and a girl.

Bread-boy and Toasty-boy remind us of Butter, another cat we re-homed last year. Both brothers have this cute worried face on them. They are all very friendly towards other cats and humans alike.

Toast has more red colouring; Bread’s bicolouring is more cap-and-saddle patterned – his red colouring is around his head and his tail. Teacup, their sister, is a beautiful tricoloured cat. Her tail is torbie at the tip and red at the base, in true mi-ke pattern.

Here are their pictures taken today before we groomed their faces – 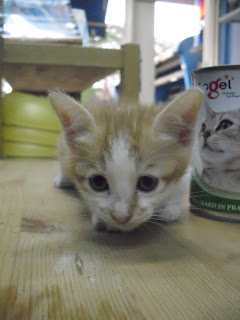 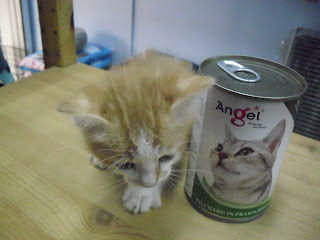 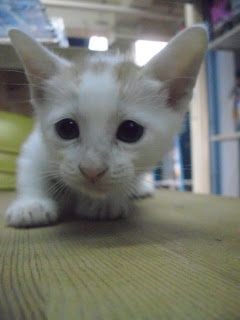 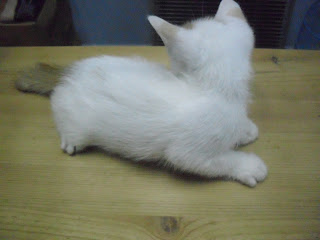 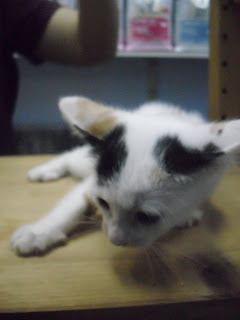 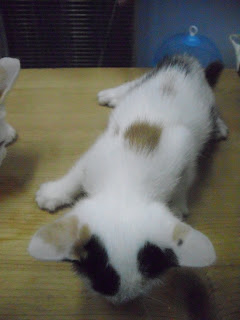 All three of them are very tame, and the brothers love to play with each other- 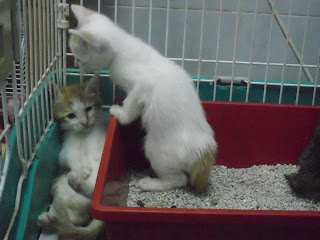 All three are ready for adoption and are looking for good homes! If you are interested in adopting, do visit Angels Pet Shop at Blk 302 Ubi Ave 1 #01-49. See right side-bar for more information on adoption.