So tonight we went to Joo Chiat Complex to do our first round of trapping-neutering of the strays there. We had earmarked 15 cats, though more appeared again tonight. About 3 cats are actually tipped-ear neutered, like this kitty below – 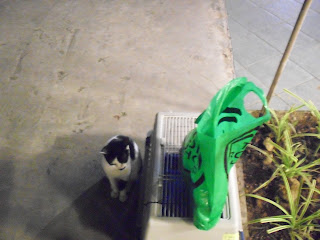 Damy and his wife set up the traps and carriers for transporting the cats. There was one elusive tortoiseshell girl who avoided the traps the whole of tonight so we will try her again on Monday night. We also kept the already neutered cats away from the traps and fed them their dinners. We had communicated to the feeders not to feed the cats today so they were hungry. We have also communicated to them in my broken Malay not to feed the cats on Monday when we return for the second round. (“Lagi dua hari, kucing semua balik. Lagi ambil tujoh, lapan kucing kembiri. Tak mau kasi makan ya? Pagi boleh, malam tak boleh.”)
They replied with smiles and nods. It’s great when feeders are so cooperative! 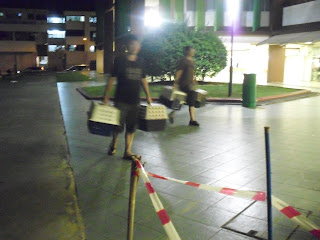 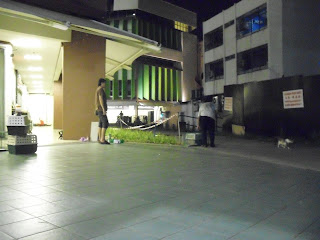 Damy trapped 8 cats in total tonight. About 2-3 are males, the remaining female, mostly pregnant or on heat which costs more, and it also means they need to rehabilitate longer before releasing them. Thus Damy will release the cats only on Monday 7 June night-time, and we will also do the second round of neutering for the remaining cats on Monday. Here they are, the 8 tonight – 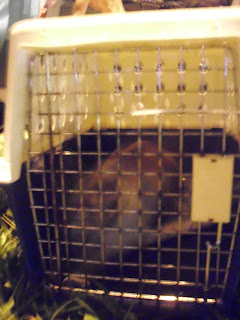 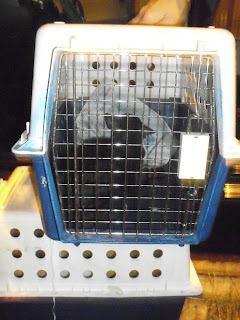 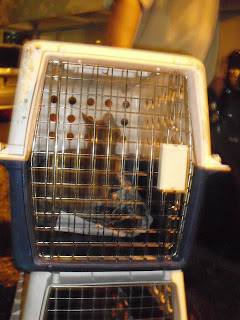 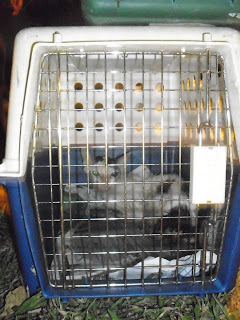 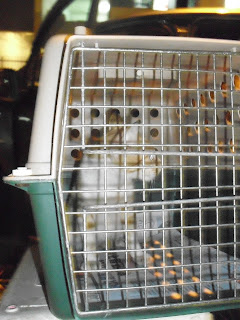 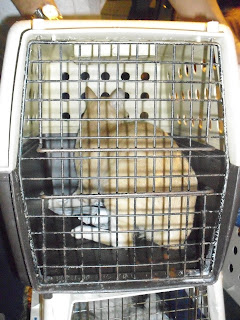 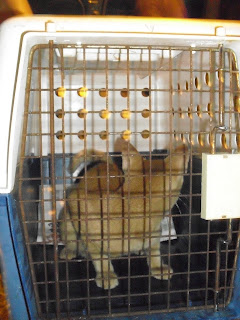 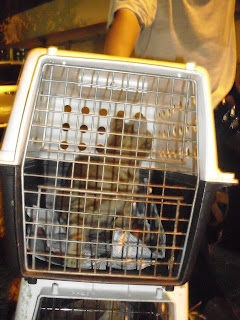 One of the cats we cat-counted, a kitten that is mature for neutering, is unfortunately down with cat flu’. So he can’t be neutered yet, and Melissa will be heading there daily to give him medication till he recovers. 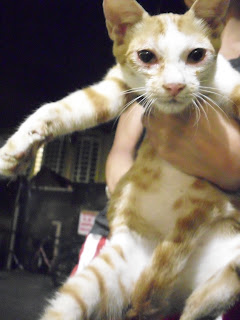 The resident shop owners, passers-by, were all very supportive of what we were doing. One of the shop owners managed to trap one of the strays themselves, a cat that was hiding in their storage area and got wet in the process of their cleaning. They brought the cat in a basket, and we transferred it to a carrier by bringing it to the public toilet behind closed doors in case it ran off. If you look at one of the 8 pictures one of the cats looks a bit wet and soaked and skinny, white with grey patches – that’s the one that the shop owners passed to us.

We couldn’t manage to get any of the younger kittens that could be re-homed, so after Damy and his wife completed their professional trapping work, we headed home. Thank you to all who contributed financially, spread the word, came down to help out. Community spirit rules!