After tons of research we created a CRF list of herbal supplements that will help Helga with her kidney function and overall health. The next thing to do was to track down where we could find the herbal supplements, some of which are quite obscure.

Helga was already on nettle extract and alfalfa (for reducing creatinine levels) and slippery elm bark for healthy digestion. We recently added more: 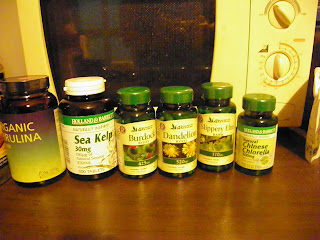 So now her herbal remedy is a mix of:

These herbal supplements are bought from a variety of health stores: My Blood Type (at Parkway), GNC, and Holland & Barrett. I bought a membership to Holland & Barrett so Love Kuching could get discounted prices on the herbs bought there (makes a big difference) and I already have a GNC membership which also helps in saving funds on her supplements.

To administer the herbal remedy, which has to be at least 3 hours before or after her regular pharmaceuticals (we do herbs in day, meds at night), I make a brew with hot water, dissolving those that come in tablet form, and mixing in the powdered extracts that come in capsules or powder form. 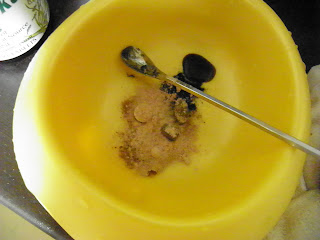 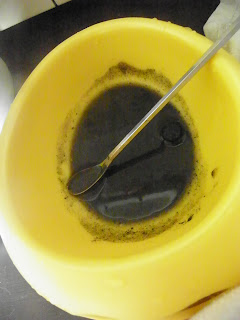 I then syringe Helga with the brew, which makes up about 12ml in volume. The remnants of the brew are left in her bowl and mixed into her food. Helga likes the taste of the brew, compared to pharmaceuticals which she often spits out. Unfortunately she hates to have anything touching her mouth area so I hold her by her fore-legs to syringe her as she has the habit of pushing syringes and pill-poppers away from her face. But she is otherwise very cooperative, and when inclined to eat, likes to eat the food even with herbs within. She used to have a habit of spitting out pharmaceutical tablets in her food when we mixed those in for her. Now we pill-pop them into her since her appetite is erratic. Much less spitting and drooling from her these days.

For pharmaceuticals, Helga is on Fortekor (for renal circulation), Azodyl (kidney-specific probiotics) and Periactin (antihistamine that stimulates appetite), with Vitamin B tablets if her appetite is poor.