We need to find homes for Sapporo, Orion and Kirin within the next 2 months.

Time is running short because cats are exponentially far less likely to get re-homed as they grow older.

In 6-8 weeks’ time, the boys will be ready for neutering. If by this time no homes are found for them, we will be using our Sterilisation Fund to send them for neutering and release them back at Ubi Techpark where they were first rescued.

Until the 3 boys are adopted or released we will also not be able to foster any new rescued kittens, hence we do have to come to a point where such decisions need to be made in order for us to focus our resources on cats that are more in need. 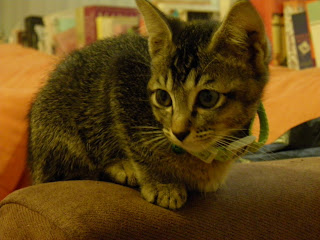 As for Dusky, who is also nearing the end of her early kittenhood, she will have a harder time being a stray cat once again as she has been with us from a younger age. She is also naturally shy toward strangers and will not likely to be easily cared for by a community cat caregiver regardless of where we release her after neutering. Our hope is that she will be adopted and we will foster her until she finds a new home even if she becomes an adult cat with us.