It was a great night! The weather was clear, breezy, haze-free. The feeder Lia did not feed the cats till after the trapping, as instructed, and the cats were all nice and hungry and loitering out of the bushes when we arrived. We managed to trap 9 cats for sterilisation, bringing the total tipped-ear cat population here to 25! 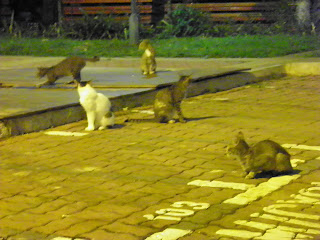 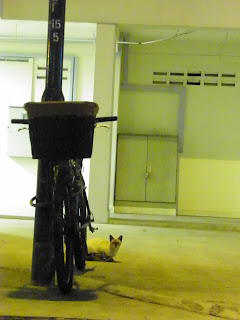 Damy and Wendy hard at work transferring the cats from the humane traps into the carriers for transport. 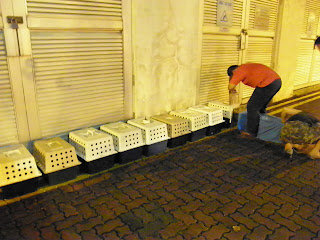 After doing a quick tipped-ear cat-count tonight – we sterilised 8 last week, and 8 in March – we determined there are at least 10 more cats left to neuter. Which means we have to schedule another round. We are now trying to raise funds for our Sterilisation Fund to conduct another round early November. (See how to give to our Sterilisation Fund here.) If we manage to trap the remaining 10, that will bring the total number of cats sterilised at this colony to 35! 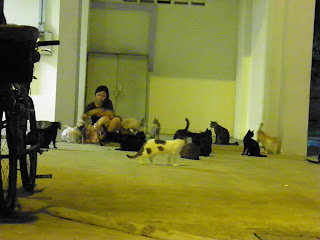 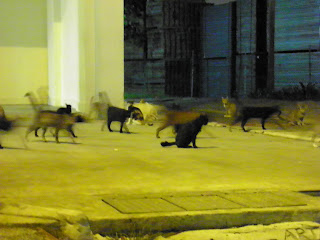 We also managed to trap the outdoor-access British Shorthair male cat, which we had to without the owners’ knowledge because they are uncooperative about neutering the cat and keeping him at home. He has officially become a stray cat; the owners had communicated to the feeder Lia that they can’t keep him at home anymore.

Here are the mug-shots of the 9 cats we trapped tonight, who will be neutered tomorrow and released back on Wednesday. 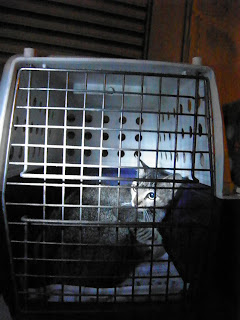 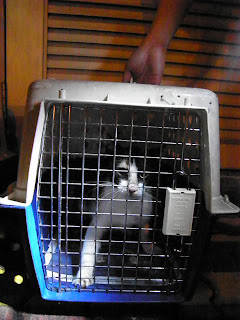 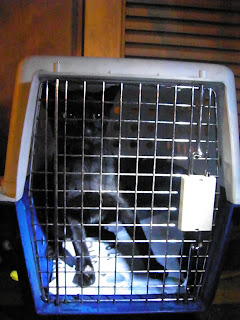 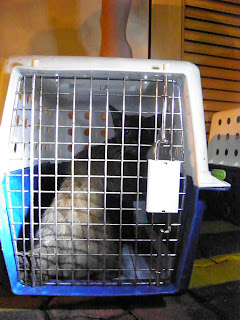 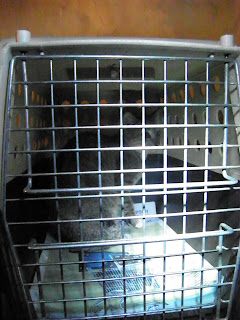 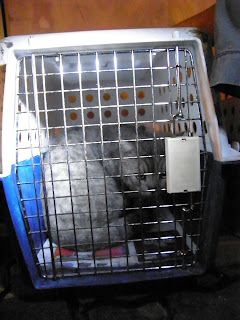 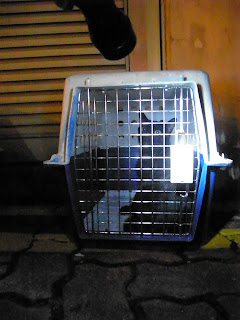 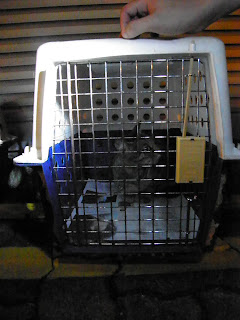 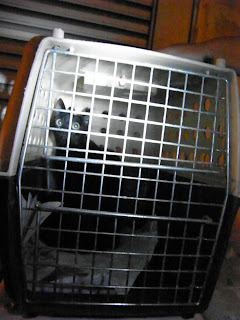 Unexpectedly, we also rescued 2 kittens. One of them, Blinky, a black kitten (too young to sex but suspected female) who was abandoned by the mother cat for two days already, and was hypothermic when we found her. She is now warm and able to eat Natural Balance Chicken canned food, estimated to be 3 weeks old. Extremely vocal. Does not want to drink from the bottle much, but suckled a bit of kitten milk with Lysinium Max and colostrum. All her siblings have died. We hope she pulls through; Andy and I both feel that if we were to not rescue her, she definitely won’t have a chance, but if we tried to rehabilitate her, she might survive.

The other one, Sealy, is about 6 weeks old and of the litter of 4 we only have space to house 1 more, so we rescued the one most likely to get re-homed (concept of triage, since we have limited space). Sealy is a male seal-point British Shorthair kitten, likely borne of a Burmese mother and the British Shorthair male cat we trapped tonight.

We just fed the kittens, de-fleaed them, and dewormed Sealy. For now we have housed them together in a large carrier with a litter box, which Sealy already knows how to use. They will be ready for adoption once Dusky, Sapporo, Orion and Kirin get re-homed or neutered-and-released.