This Thursday 21 October at 8pm we will be conducting another round of TNRM at this site. We went there to check out the situation with this colony tonight, as we had heard that the old cat auntie is no longer feeding there.

When we went tonight, we managed to touch base with the new feeder. She had been present at our last TNRM there and took over the feeding after the old auntie was hospitalised and confined to bed-rest at home. Apparently the old auntie went to hospital because she got scratched by one of the cats there – a free-roaming British Shorthair house cat which the owners refuse to keep indoors and neuter – and the wound got so badly infected it needed surgery. Hence Lia has taken over the feeding of the Block 15 cats, feeding a mix of dry and canned food. She is a really responsible feeder who clears up immediately after feeding nightly.

So far the Town Council has not culled any of the cats in this site and reproduction has slowed down significantly after the TNRM we did in March. We will be neutering as many cats as our Sterilisation Fund can afford to which will probably take 2 rounds at least. The cat population is still innumerable, quite hard to do an exact cat-count. We will also try to neuter the British Shorthair cat, as seen in the first picture below. 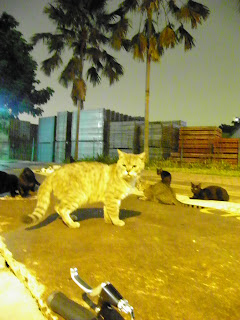 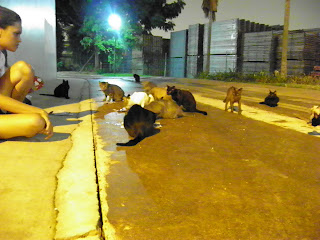 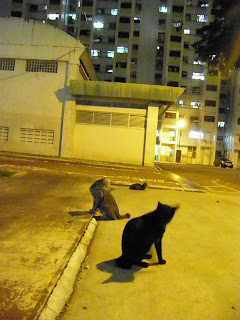 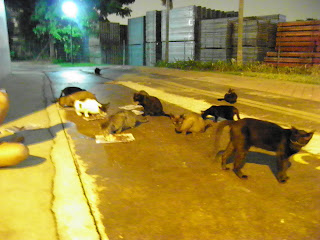 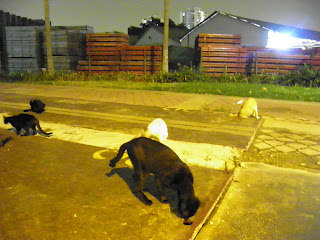 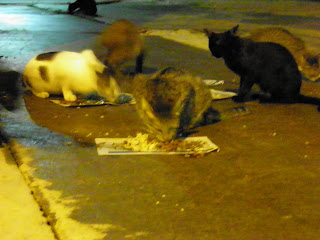 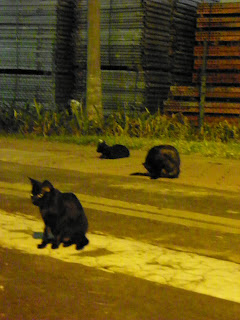 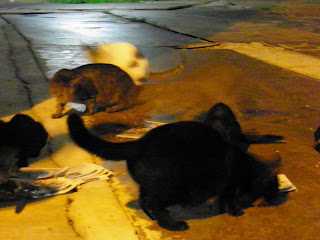 We told Lia to feed less food tomorrow night, and she will be joining us on Thursday for the TNRM round.