Out of the 10 cats that had remained after the 17 we have neutered last month and 8 in March, we managed to trap 9 cats successfully. The number 10 guy that eluded us – 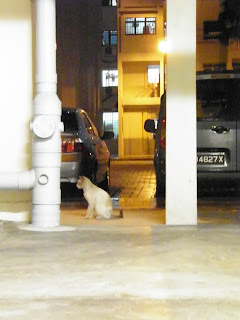 This wily boy is really sneaky! He kept eating the minuscule bits of food just outside the traps, never entering to apply pressure that would have closed the trap doors. When we wanted to net him, he decided to take a walk in the bushes nearby. So he remains the only one in this area not neutered save for the kittens.

We had a few tries at rescuing Sealy’s siblings but they eluded us too. So the feeder Lia will let us know if she can get them to come out from behind the fence tomorrow night – there is 1 calico and 2 tabbies, all Oriental breed description wise. They are the only young kittens that remain in the vicinity that are under 2 months old. Kittens above 2 months of age will no longer need rescue as much.

We were at first worried the rain would dampen our plans tonight, but there were cats out in the drizzle, waiting for their feeder, and eating food scraps on the floor possibly thrown as killer litter off the block. 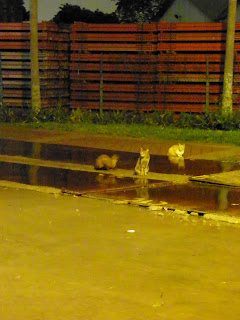 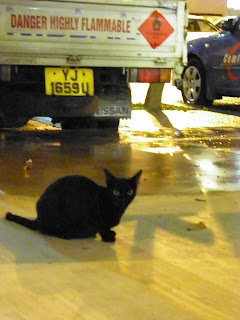 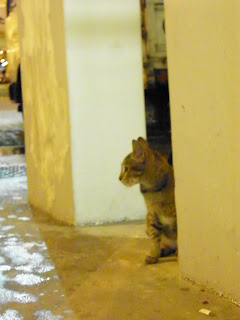 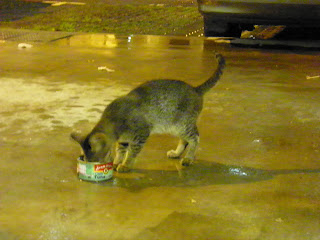 We had to gather the cats to the sheltered area in the void deck to feed those already sterilised and to set up traps for those not sporting a tipped ear. Like this handsome guy here – 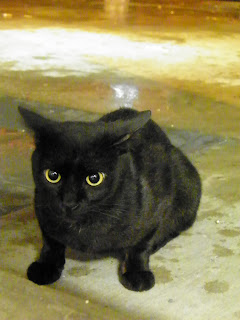 Thankfully the cats were familiar with the void deck and were keen on being sheltered from the rain too. So we weren’t entirely drenched in the process. 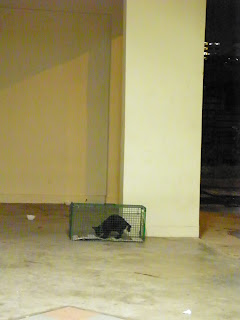 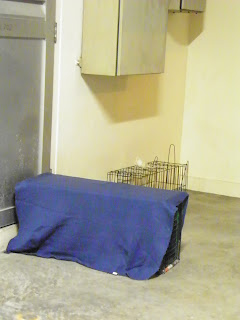 Here are the mug shots of the 9 cats. 7 of them are black and 2 of them tabby. Black cats rule! Although they all looked almost alike to us save for distinguishing features like their tail lengths and kinks. 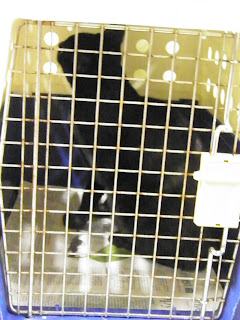 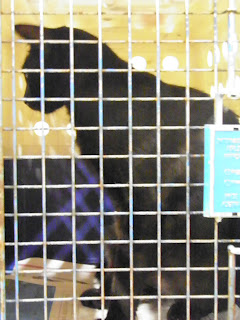 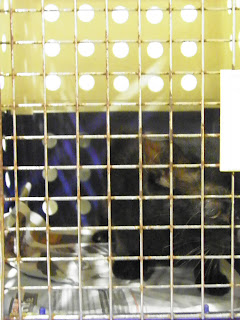 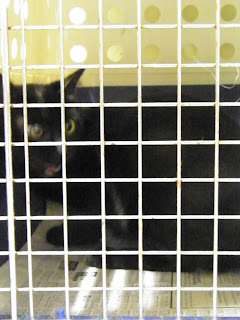 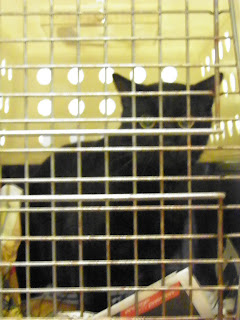 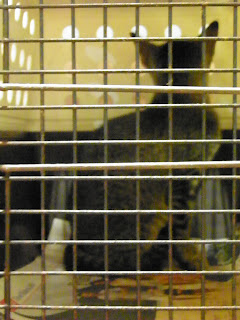 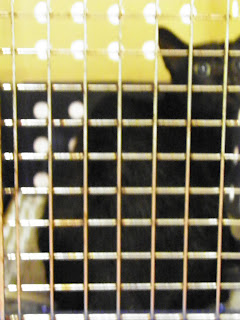 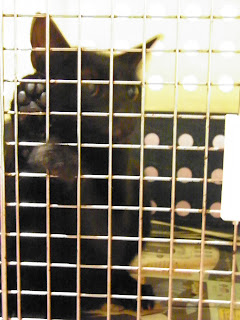 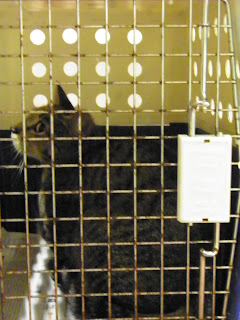 The cats will be going for their sterilisation operations Monday and be released back Tuesday. Hurray for 34 out of 35 cats neutered in this colony! Thank you all for the support!