On Sunday evening Liyin brought over 2 kittens she had told us about in the Guillemard stray cat colony where she is one of the caregivers.

Liyin has been diligently sterilising the stray cats there. But one of the female cats escaped being sterilised – another feeder fed this cat before the trapping of the strays in that area despite knowing cats that are not hungry are very difficult to catch for sterilisation. Alas, this cat was also pregnant at the time. Eventually, on 8 Dec last year, this female cat gave birth in a drain conjoining the main monsoon drain. (Pictures taken by Liyin.) 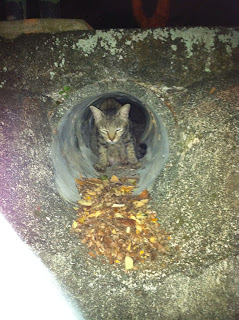 She gave birth to two kittens, who are now 4 weeks of age. During the last month, Liyin fed the mother cat two to three times a day as she was nursing. Having been rainy weather recently, we decided to take them in after this weekend‘s adoptions. Gin and Mae are now in our foster home. 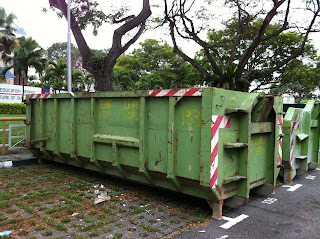 – but apart from having worms, they are free of major sicknesses. They are now penned together with Chevy and siblings, learning to use the box, play and eat from them.

Gin is male, has a bobtail, is a silver semi-longhaired mackeral tabby – 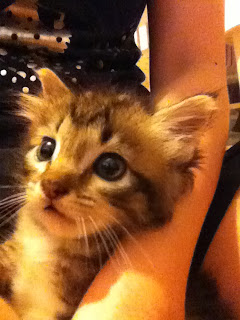 Mae is a double-coated shorthaired ticked and mackeral tabby, also with a bobtail – 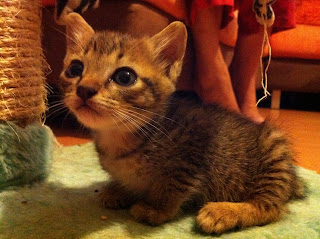 Gin is more reserved and quiet, still very easily scared – he has this cute habit of hissing and spitting at the towel with which I use to clean their pen, every time. Mae is more outgoing and intelligent, more vocal, and also still easily scared. Understandable that both are still hissy, because they haven’t gotten used to human contact yet.

They have just been dewormed and their appetite is slowly picking up. Will be checking their litter to see what worms they were suffering from. They are still a bit slow in learning to eat, and we haven’t seen them drinking water on their own yet: this is the first time they are learning to eat and drink like big cats, having been on mother’s milk all the way till they arrived on Sunday at our place. They are also not too keen yet on playing with Chevy and siblings but have learned to cuddle with them to sleep together.

Will keep you all updated on their progress! Ideally they should learn to eat and drink well on their own before they are rehomed to ensure easier care for their future owners. They also need to settle down and ease off their stress from being moved and become more sociable with humans to make good pets. Will check if they have post-deworming diarrhoea as well – having thick fur, it be not good if they have poo stuck on their behinds to meet new humans!