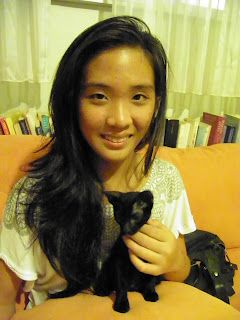 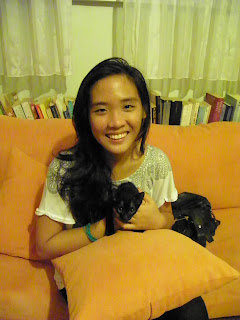 Ushi has been feeling a bit lonely lately because her older brother Neko just moved out with Charity’s brother. Ushi is one playful girl who needs a lot of kitty-play-time, so Charity’s family decided it was time to find a new playful companion for Ushi. We recommended Berry and Joey because these two’s personalities would gel with Ushi’s the best, and after a long hard decision, Berry is now at his forever home! We love that their adoption decision wasn’t based on how cute a kitten was to them but according to the cats’ personalities!

Berry did have a bout of diarrhoea after his vaccination for about two days, and we heard today that it has returned. Charity is bringing Berry to the vet tonight. We had also passed some of Berry’s probiotics supplements to Charity last night which he has been on so that he can continue to be on them.

We are so happy for Berry, Ushi and Charity’s family!