A few weeks ago, we were explaining the gist of what TNR is about. In today’s post, we will now tell you more about the vacuum effect that happens in stray cat populations after a culling exercise has been carried out to cull cats.

Removing (which means, killing) stray cats from an area/estate is not only cruel – it’s ultimately pointless and futile. Remember the time when Singapore’s Agri-Food and Veterinary Authority (AVA) had a cat-culling programme in the early 2000s? It failed terribly. Stray cats are still everywhere. The NEA has now wizened up and begun to admit, albeit to a certain degree, that it has been blindly perpetuating this belief that catch-and-kill works. It does not.

Scientific evidence indicates that removing stray cat populations only opens up the habitat to an influx of new stray cats, either from neighbouring territories or the offspring of survivors. Each time cats are removed, the population will rebound through a natural phenomenon known as the “vacuum effect,” drawing our communities into a costly, endless cycle of trapping and killing.

The vacuum effect is a phenomenon scientifically recognized worldwide, across all types of animal species. Here is an example of the urban fox culling programme in the United Kingdom, which has also, obviously, failed.
Well-documented among biologists, the vacuum effect describes what happens when even a portion of an animal population is permanently removed from its home range. Sooner or later, the empty habitat attracts other members of the species from neighbouring areas, who move in to take advantage of the same resources that attracted the first group (like shelter and food). Killing or removing the original population does nothing to eliminate these resources; it only creates a “vacuum” that will inevitably draw in other animals living nearby.
This vacuum effect happens in every estate where catch-and-kill programmes are practiced. Cats are removed from the premises, and residents feel relief, but four-five months later, surprise! New Wild Cat Spotted! 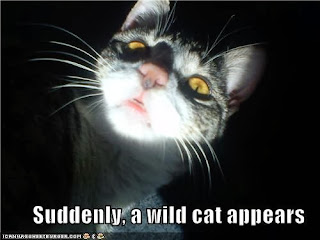 Some irresponsible resident in the estate might abandon a pet cat or, seeing that the area is now vacant, a cat or a few cats see the opportunity to expand their territories. We have to remember cats are territorial creatures. And there is nothing we, as human beings can do. We share this planet with other living things as well.

Love Kuching Project is appealing to residents of condominiums, HUDC and private apartments to work with us so we can advocate to your respective MCSTs about the Trap-Neuter-Release (TNR) programme that we regularly carry out in order to control stray cat populations around Singapore.

Make a financial gift via a deposit to our POSB savings account 188-52652-7. Find out more.Become a monthly giver to help ensure our rescues continue getting their needs met.Feed and provide litter to the cats we foster via our corporate sponsor The Water Dish. Follow on us on Instagram, Twitter, Facebook and Pinterest.